Sharing as a lifestyle – aren’t they all the same? 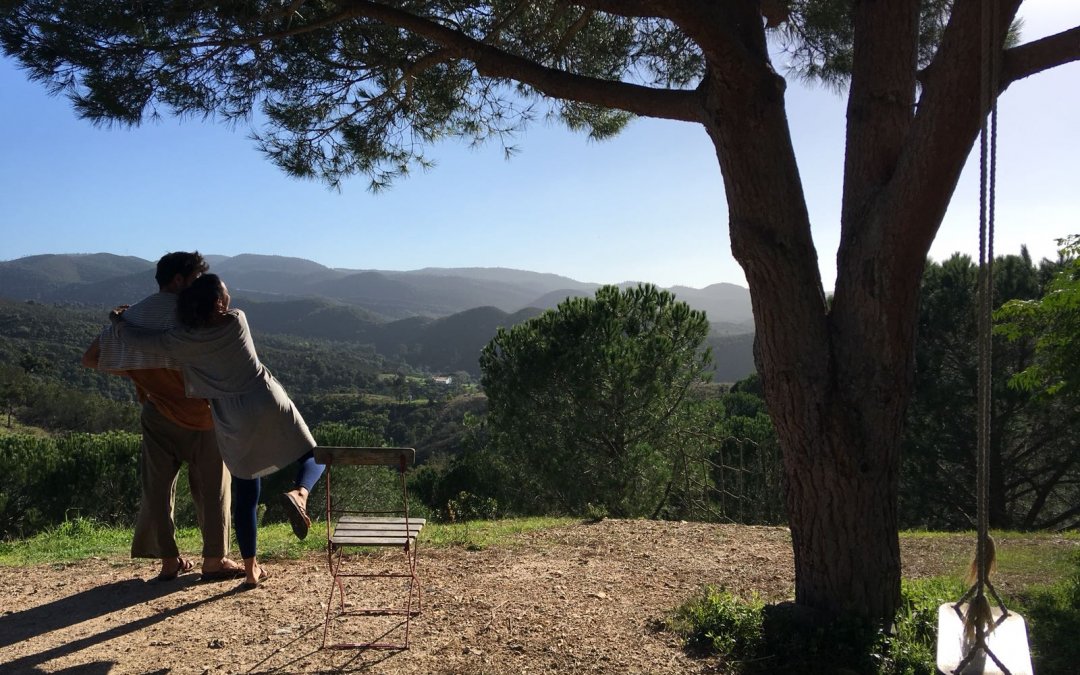 Nowadays in the ‘modern’ world we grow up in an environment where money is a trading tool. We as human beings chose somewhere along the history to use money as a tool to get what we need. And as we are born into this, we don’t question this, but we accept.

Let’s look a little back in time, let’s say a few thousand years ago, or only a few generations ago, in the remote villages, or even now where they still live in tribes. They do not have money, it simply doesn’t exist. They show us that money is not the only and for sure not the most natural way of exchanging/trading.

The first coin was created 600 BC. After more than two thousand years of using money we might be ready for a change. Do we still have to use money in any case or are we able to be above it sometimes? Is there any other or even more than one way?

In the society we live in, in our current situation we cannot completely be free from this thing that we call money. But as we like to believe every small change makes a different. It might be in the big picture or even “just” in our small life.

What if we will start to bring the old school way to our modern-times? Would it save us some Euros? Would it make our human interaction a little bit deeper instead of only swiping a card on a machine in front of stranger’s face from the other side of the counter? Or even easier and more anonymous: to order something online and pay through the screen.

It all might sound so far and complicated, but there are many ways to bring it to our daily life, even when we aren’t growing vegetables in our back-yard. We can help new friends building their houses and in return get an accommodation and food. We can ‘work’ in a guesthouse in return for food, a roof, surf and yoga. We can get a house of someone in return to feed his ducks and keep the house warm. There are many ways, we just have to expand our imagination.

We are already doing it, sometimes we are not even aware to this! People offering a ride to Faro, or even to ask if they can bring anything from Lagos. If you’re driving to Faro, can it be a more interesting way down if you can drive together with somebody from the neighborhood that is going anyway?

We have such a fast way to communicate: Facebook, whats-up groups, “sharing transportation” groups. It’s a great way of energy-exchange, spend five min to check/publish your ride plan, you saved extra CO2 to mother earth and might have a cheaper ride.

We are all able to do almost everything (knowledge & practice) or even just to give a pair of hands in what we really good at or want to learn. 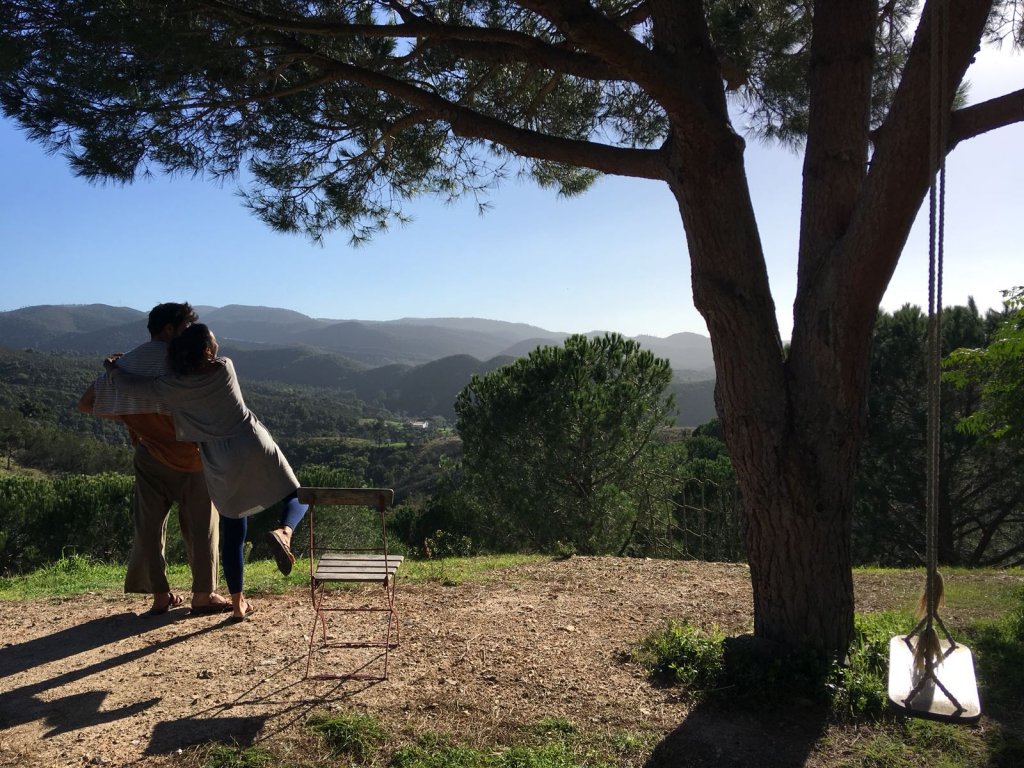 Many people that I meet want to settle down around here, to buy a house or a piece of land. Most of the people I know that own a piece of land, don’t have enough hands to maintenance it and to bring the full potential of their land. If we are able to put aside the urge to possess something, and think more in the direction of cooperating. To embrace the differences between us: some of us worked and saved money to settle down, some of us are roaming around feeling at home everywhere and thrilled to give a hand to support in what we believe. Not to think that we are in a competition, but to see each other as a cooperation to reach the same goal (in different ways). To give and to get.

What are the main expenses that we have? Probably something related to rent/buying a house – with lone. In my head it all narrows down to a delicate balance between security and freedom.

So far, our society in the Western-world is built upon fear that leads to a strong craving to security. What made sense in our primitive life style, where we had no protection from the nature. Or even till our grandparent’s generation after the second world war, the world was in a crisis. People needed to be worried about the things that in our time are (thankfully) already obvious.

In a way we are actually ready to change. What that has been told that is the best for us, is not necessary right anymore. There is abundance everywhere – at least in the part of the world that we are living in. There is a space to create more freedom and trust; It takes a commitment, if we want to change our paradigm, our life-style. Our needs and wants should change together with it, if we want a new way of living because we don’t want to work all year-around and run after money. The starting point is from “zero” to see what we really need, with how less can we be happy and satisfied and still manage to express ourselves and continue to grow. From there we need to shape our life-style, routine, work, education…

An easy example that is already a “common” thing around here, is the alternative for rent. This is becoming to be a long-term contract of cooperation: someone has the space and the other has the will to work/maintenance the space. It saves the extra detour to the bank to get a lone. A fear that arises straight away: what if it doesn’t work out? It’s easy, when something doesn’t work out or is ‘finished’, something else will show up. It is trust and a different way of thinking! 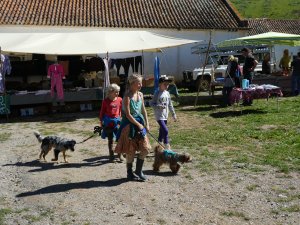 By following the cooperation way of living we are opening ourselves too many possibilities, saving much work from ourselves and opening doors to other people to express themselves. Projects will run smoother & faster. Big dreams will transfer to reality! One has the vision, the other one has the talent and the will, the third one has the tools and magic will start to happen.

We are consuming too much, let’s be honest. We are living in a world of abundance, we are so used to this and still we want more. It’s too easy to consume nowadays. Two clicks on the phone and something from China is on the way to Europe. A few minutes on this app and the shop will deliver your package the next day to your door.

Ok, we don’t grow our own vegetables so we still have to get it from somewhere. Let’s do this mindfully. Let’s think before we are buying. Let’s ask ourselves: how far does this product need to travel? How much energy was needed to bring it to our plate?

According to Michael Pollan in a research in 2008, for every calorie of food that is produced in the United States, 10 calories of fossil fuel energy are put into the system to grow that food. 10 calories for every calorie that we put in our mouth. Makes sense when you walk in the supermarket and see fruit and vegetables that are flown in from the other side of the world. In opposite a well-treated garden will bring the opposite ratio of 1:10.

From whom are we buying? Are we going to the big chain supermarket that is not even local? Are we buying our vegetables in the smaller super market where the workers take their time to talk to you? Or are we going to the Saturday farmers market and spend our pennies on the farmers small natural harvest from land that is close by? So grateful that we have the possibility to buy local vegetables from local farmers in a fair way. 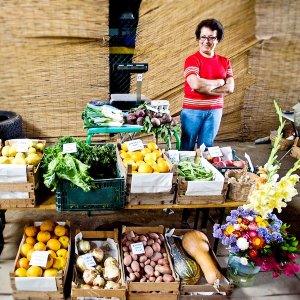 Don’t worry this is not about seeing symbols and angels down on earth; way better than that! A real story, viewed in different ways.

My wife got offered to give a hand to a friend in sewing. For every piece that she will produce she will get a small amount of money. In the first seconds (3th dimension) it sounded ridiculous, maybe even insulting; so much work for this small amount of money? She could spend her time on doing other things and earn more money.

In the second consideration (4th dimension) we are putting the money a little lower in priority, what is beyond the couple of euros? One of the biggest gifts that we can bring one to another: SHARING KNOWLEDGE. There might be a little payment, but she does get the opportunity to learn something new to expand herself. Now she will be able to sew almost everything. She could make her own clothes, bags, fix something that we might wanted to throw away. How much money will this knowledge safe her?

Another aspect; to be a part of something feels great! To be a part of a sewing team that is making things together to create something bigger! To feel needed, to be able to go somewhere to work, whenever you feel for, to support each-other. Sometimes making things alone at home is not as satisfying as when when you go to work and bring some cookies for your teammates and you will talk and enjoy together while “working” make it to a celebration and pleasure instead of duty! And then come home satisfied after a days “work”.

When we look to it from the 5th dimension; now that you learned something new; you earned a new skill and you can pass it on. To your kids, to your friends, to anyone who would like to learn! By this we are creating a wave of independence from consuming. We are starting to go ‘back’ to the time that we knew and did almost everything by ourselves. We are coming back to be powerful people that are freer and are expressing themselves in their own way.

Power to the people, stick to the man! Have a wonderful trip out of the box..

All the love and believe,

The revolution is us.