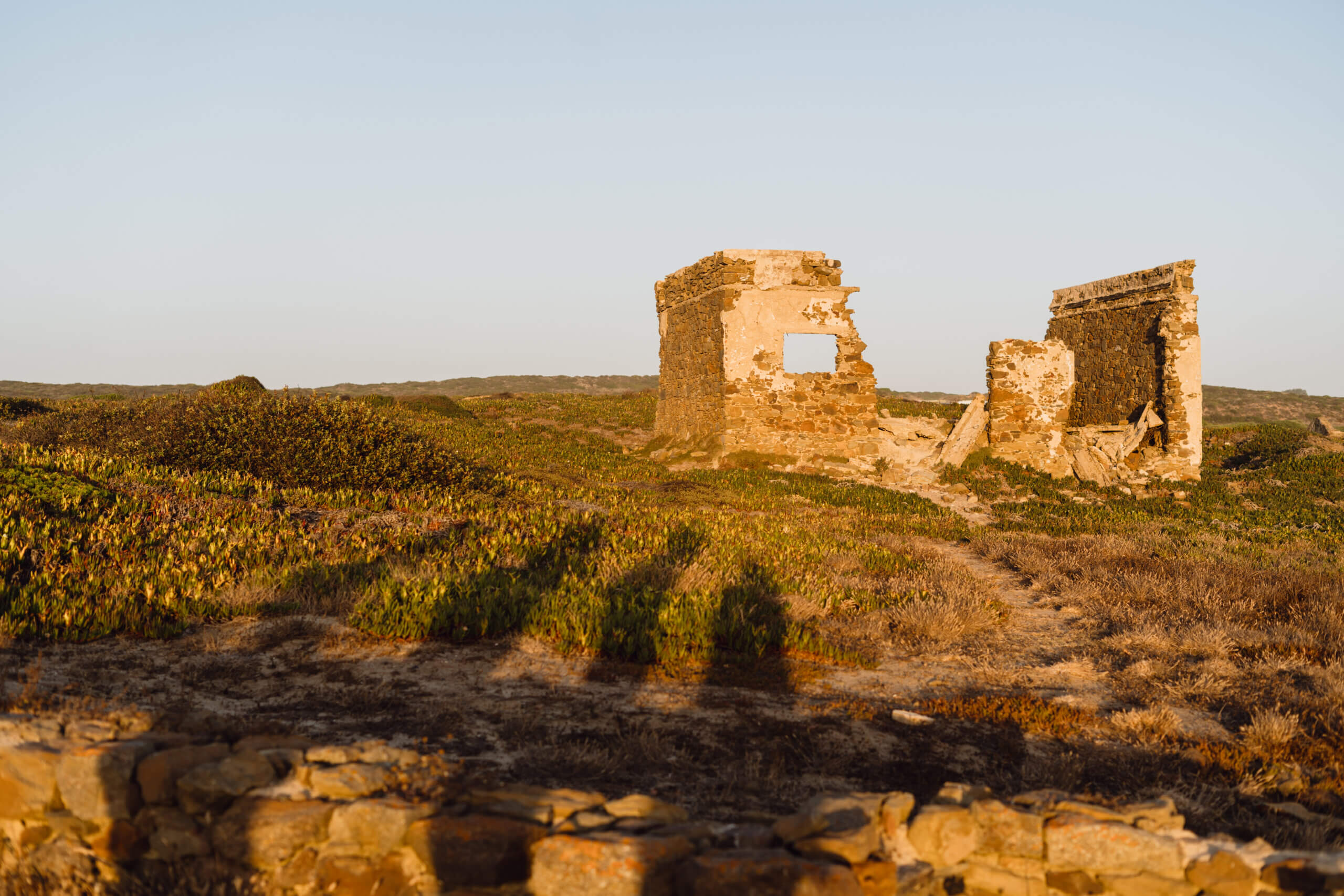 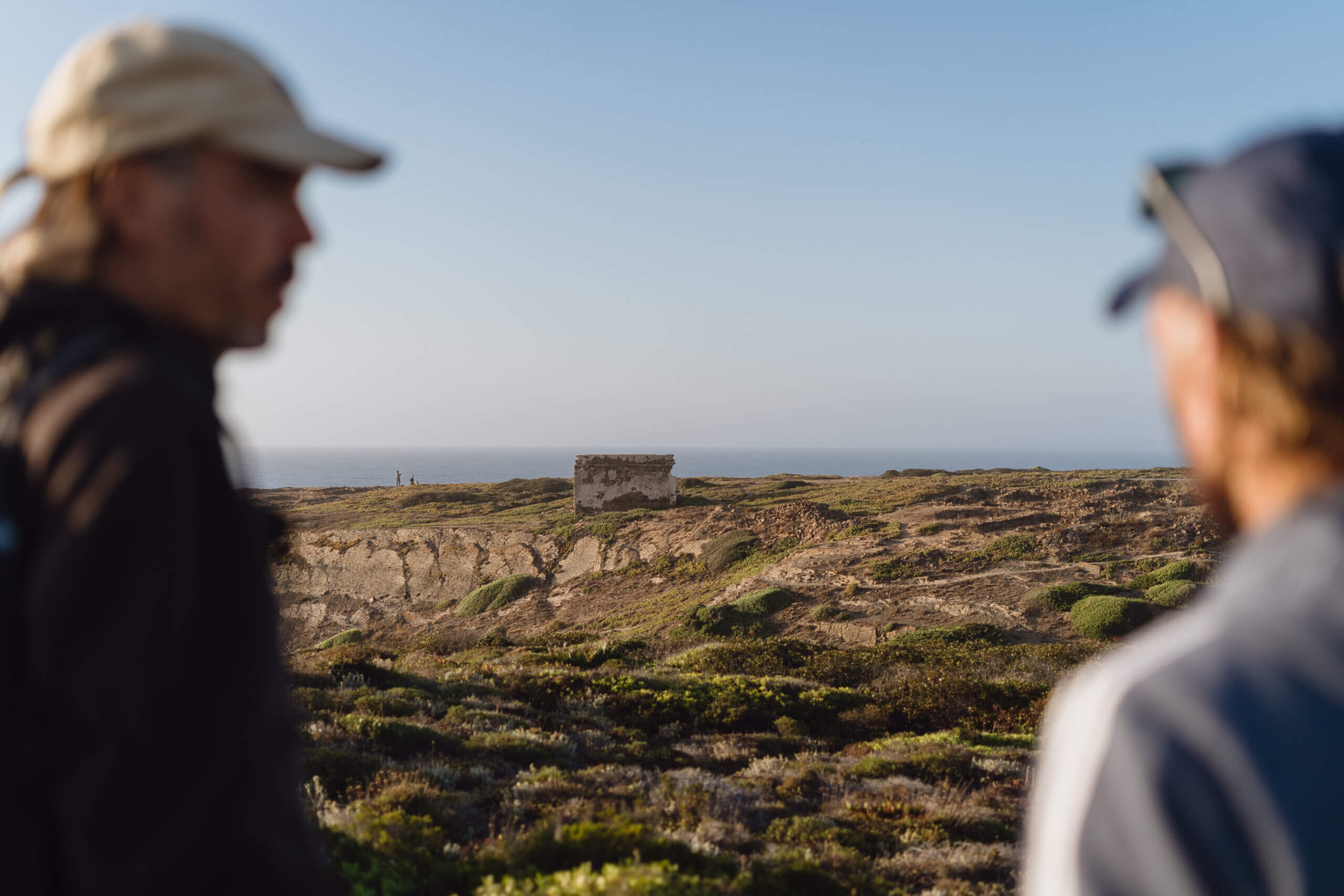 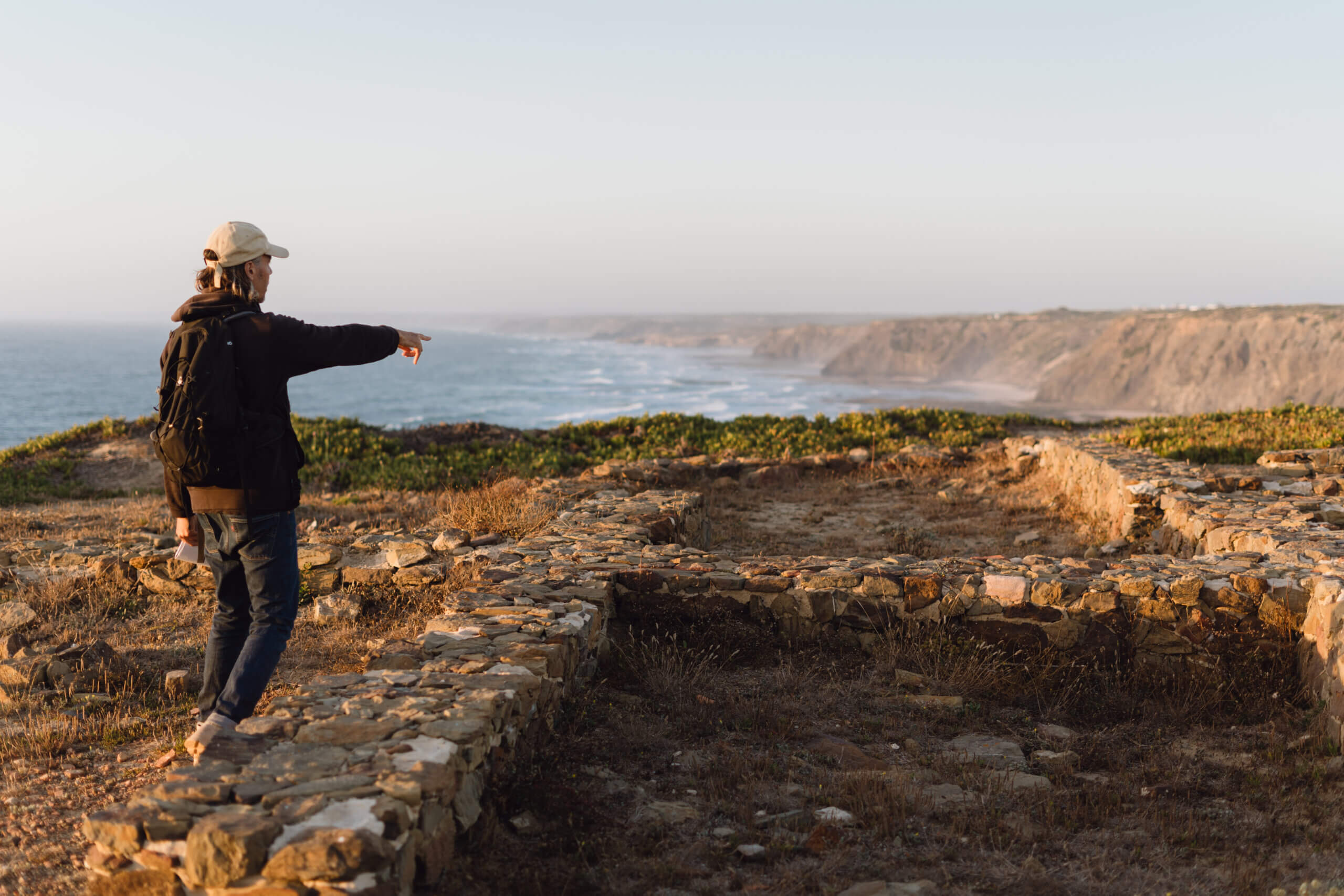 Salt water rocks onto the shore line, a rhythmic dance that never ceases. Waves crash against the dark cliffs, an untiring force slowly eroding the rocks under my feet that hold me from flying into the abyss. Sand sinks deeper with every step I take, erasing the traces of those who walked these trails long before me. The ocean wind caresses the bushes, rustling like tender fingertips of a lover going through one’s hair, a subtle and present touch. With every gasp of air, the wind leaves me with goosebumps. I feel the freshness of the dawn hour crawling up my spine. The earth releases her morning perfume, it smells like cedar wood with a herbal touch, a hint of salt and jasmine penetrates deep into my lungs, leaving me renewed.

The early morning hours, between night and dawn, when tired fishermen return sunken in thoughts from their nightly voyage, are known for the absence of noise. I call it the silent hour. Night animals retire back into their homes, yet it’s too early for birds to see the first rays of sunlight that announce a new born day. The hour between sleeping and awakening, darkness and light, ending and starting. It’s in these moments, when the whole world is asleep, that we can sense the essence of a place.

The same thing goes for Ponta da Atalaia. Some of us have experienced a sunset here, with friends, lovers or contemplating the beauty by ourselves. The dawn hours are the most sacred of them all. It’s the hour that the ruins reveal their secrets and tell the tales, dreams and desires of the men and women who once retreated in this remote corner of Aljezur. Retreating is not a present day phenomenon. Men and women have done it a thousand years ago, in the same wildlands we enhibit today. The stone foundations are the remains of a home for someone, a safe shelter and natural protection for the moody weather. The taipa walls – mixed with clay, stone and hay, blocked the scorching sun rays, like a modern air condition regulating a constant temperature the whole year long. The toponym reveals a secret of its own, meaning ‘the point of the watchtower’. Atalaia comes from the Arab word “ṭalīʿa” meaning “a scout” and the verb “ṭalaʿa” “to watch” My fingers touch the contours of what once was a minaret. Used for calling to prayer 5 times a day, the watchtower was in use until the 1755 earthquake to vigilate the West Coast. On clear days you could see as far as Cabo São Vicente & Sines.

I am reshaping the blueprint of the place in my head. Turning symbolically every rock upside down, to recover the stories that are kept in the depths of history, so that they can live on again, as part of a Portuguese cultural heritage. Stones turn later into paper pages filled with lines that I devour on the beach, like the first meal of a cast away that just washed ashore. The deeper I dive, the more clear I get. I sit on the edge of the peninsula, overlooking the vastness of the ocean, a dark blue volume that holds many secrets. How much we know about her now, how mystic and driving for the mind she was a thousand of years ago. The ocean is an endless source of life and still is considered dangerous, an infinite space with raging waters and surrounding storms, inhabited by imaginative creatures and the death of many seafarers, fishermen and explorers that never returned home. The ocean’s energy is capable of challenging the senses, triggering our imagination, arousing strong emotions that leave us in a state of metaphysical ecstasy. “Não há mar bravo que não amanse”, as the Portuguese say “there is no rough sea that does not calm down.” I feel in awe to awake by her side, every morning again.

THE RIBAT OF ARRIFANA

Referred in medieval sources as an important village of hermits at the end of the world, the Ribat of Arrifana was a spiritual place where the faithful stayed and pilgrims retreated. The ruins are a remnant of a Muslim monastery and fortified settlement. The site is unique in Portugal and officially excavated by a team of Portuguese archeologists in 2001. On the whole Iberic peninsula researchers discovered only one other Ribat, older and in a better state of conservation, in Guardamar del Segura, the Alicante region of Spain.

The Ribat of Arrifana and Guardamar are separated by a two weeks walk or 850 kilometers, symbolically in the East of the Moorish empire “Al-Andalus” where the sun rises and one other in the “Al-Gharb”, meaning “the West” in Arab, where the sun sets. In these monasteries, you would have found religious men that were attracted by the spiritual retreat required by Islam to its followers. The structures of both Moorish ribats in Portugal and Spain are unique and fundamentally different from the ones found in the Maghreb area in modern day Tunis and Morocco.

Do you want to experience the stories from the ruins and discover the secrets that the Ribat holded for almost 900 years? Join the sunset walk with a storyteller to discover the ancient roots of this place. We end the walk, overlooking the sunset with a cold glass of locally produced wine from Atlas land. The walk is suitable for kids from 12 years old. Dogs are allowed on the leash.

Bram Hermans (BE) is a storyteller and writer who arrived in Portugal by bike. Intrigued by the beauty in the Algarve region, he offers guided walks and private hikes for small groups in the Aljezur area.

© Bram Hermans – 2022. No part of the story can be published or reproduced without permission of the author.