The Story Of Aldeia Nova 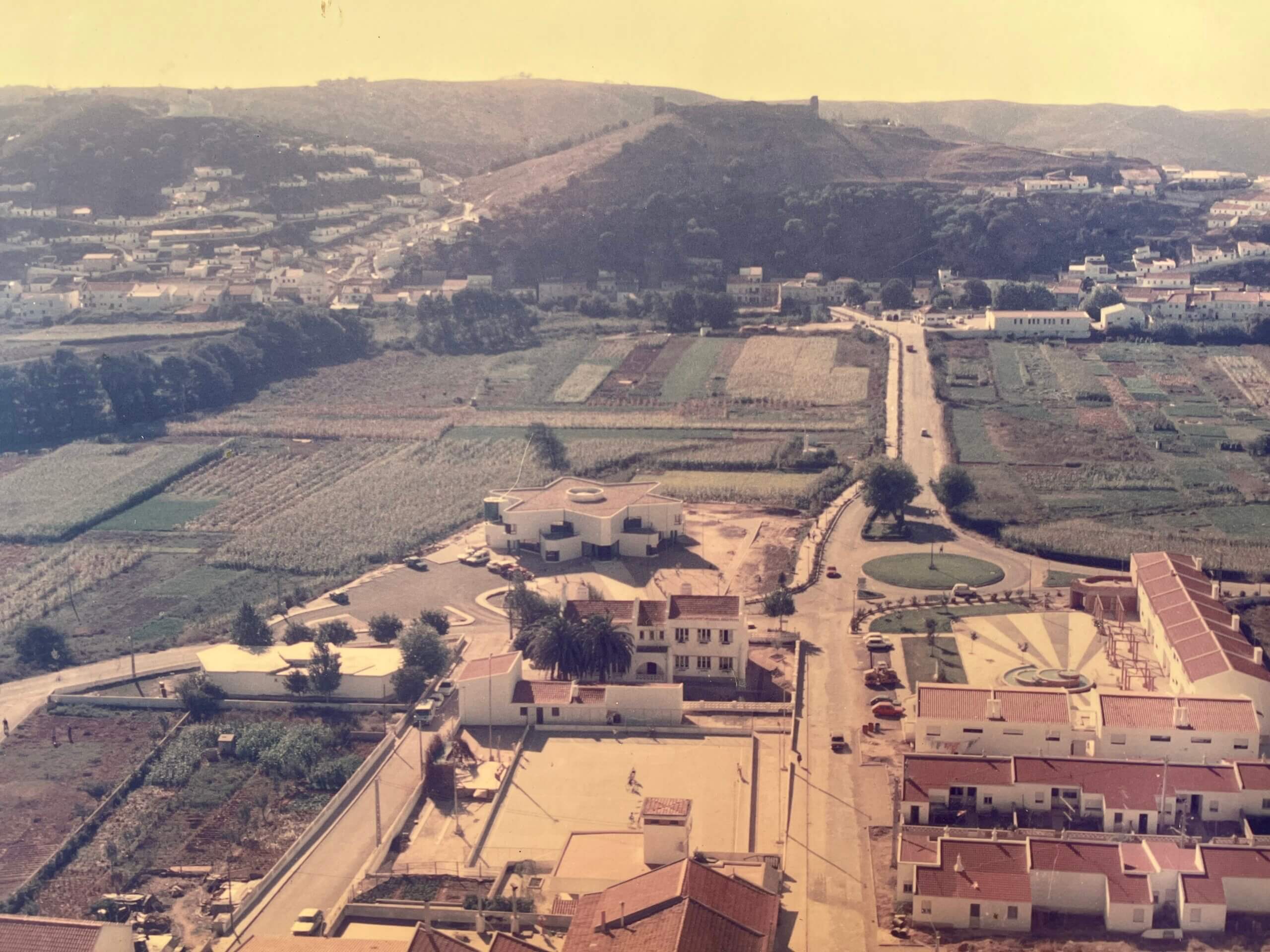 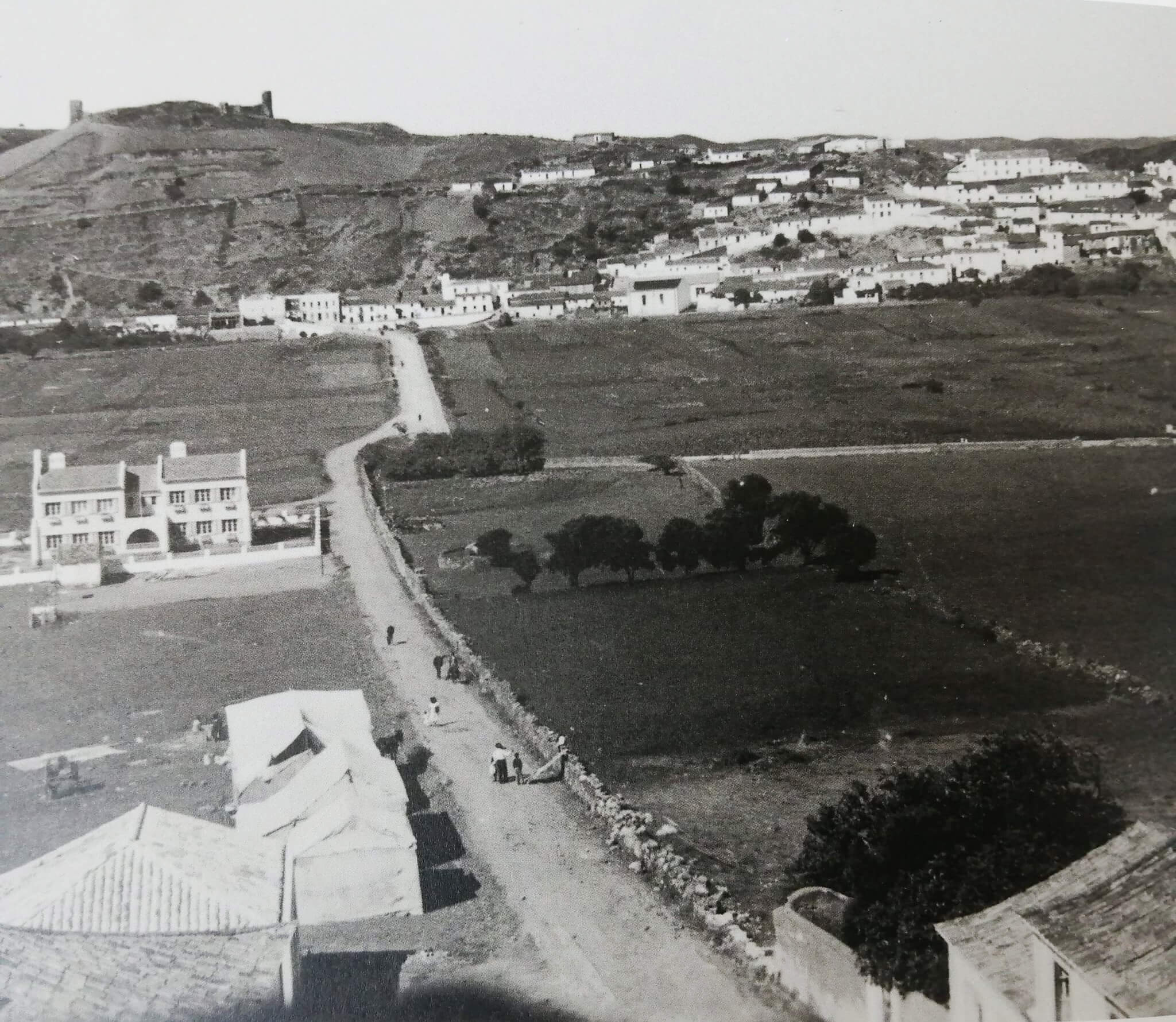 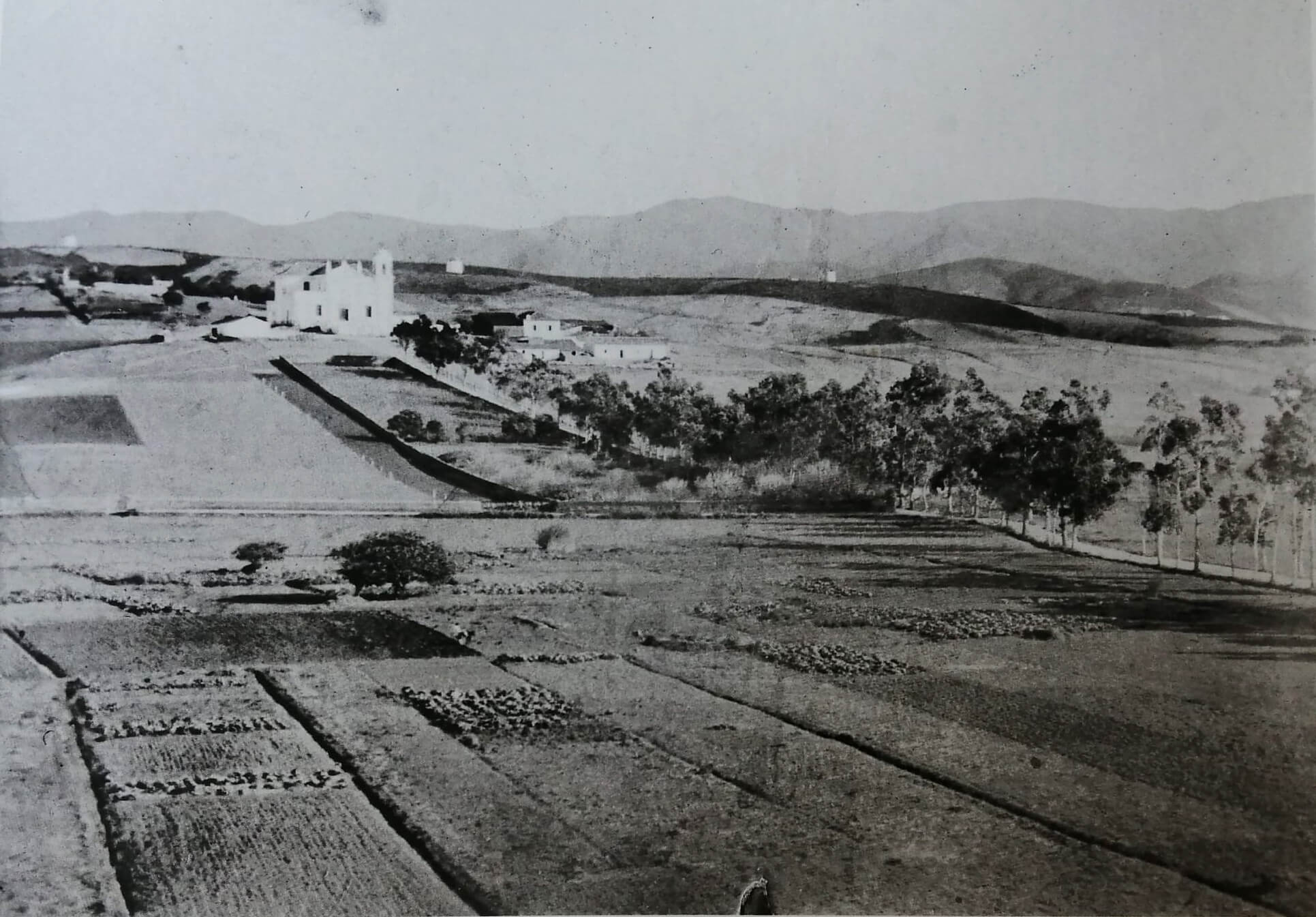 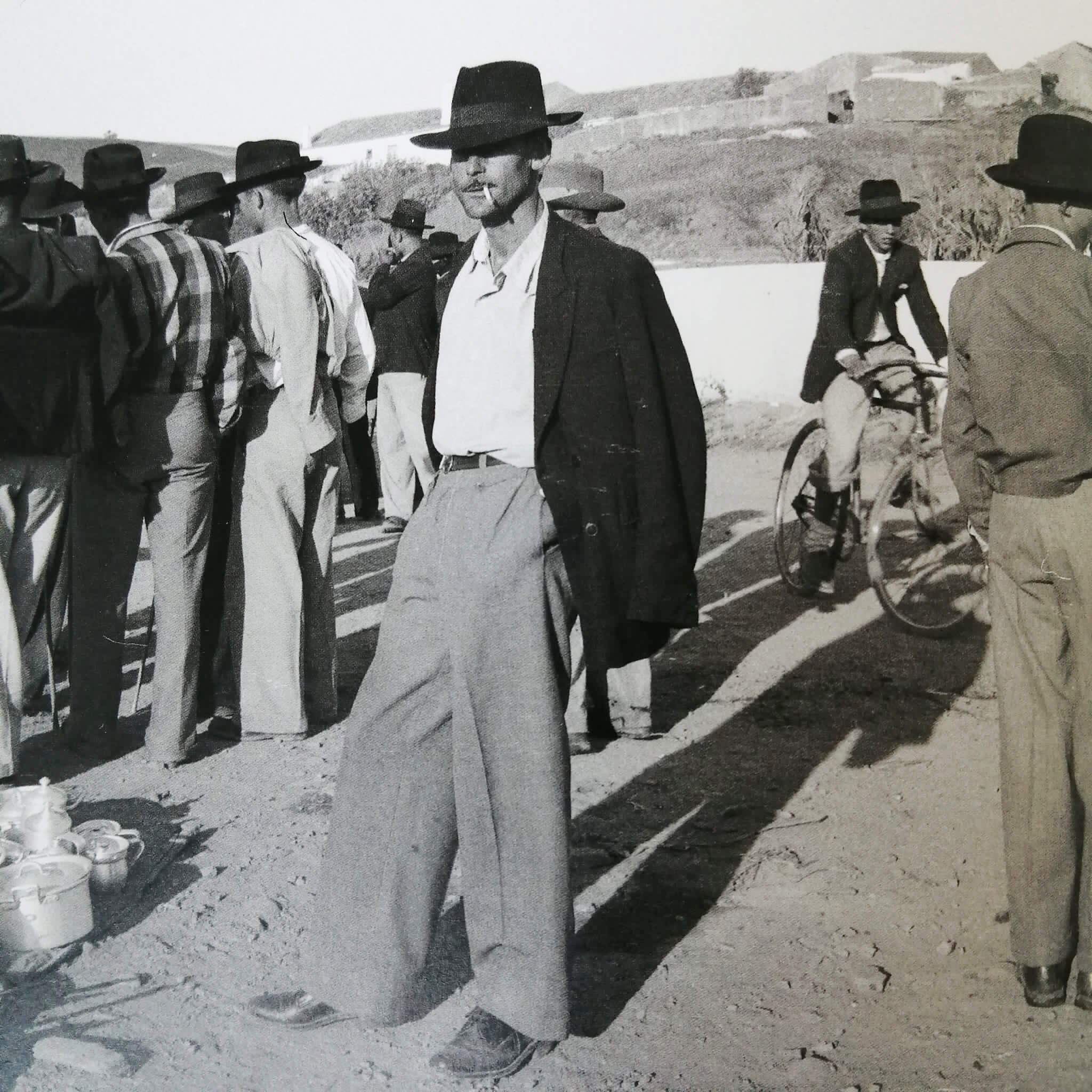 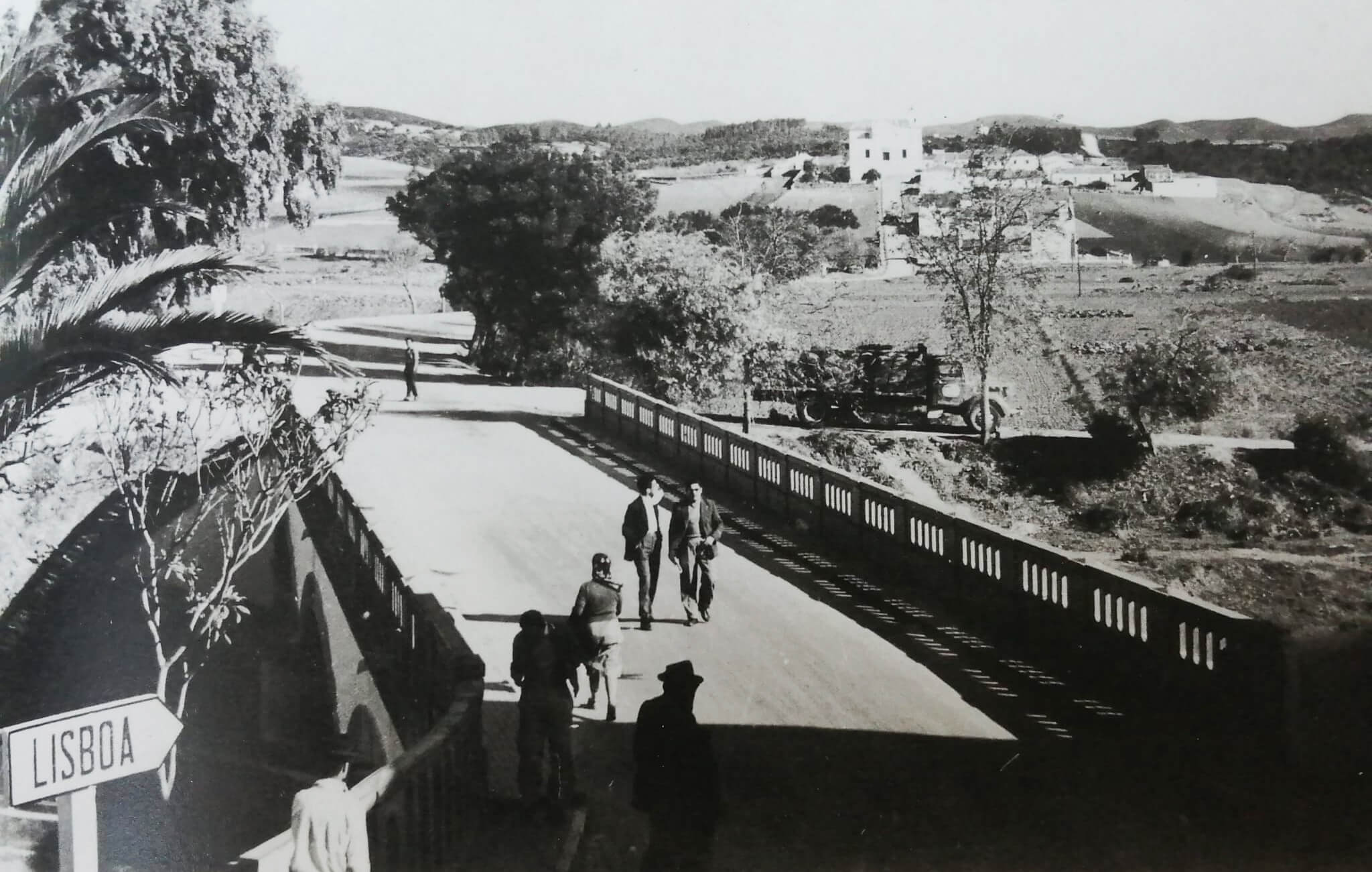 Aljezur, circa 1956 - On the Aljezur Bridge, we can identify Ernesto Silva and Amândio Camacho, employees of the Aljezur Town Council on their way to work © Aljezur Municipal Archives

The Story Of Aldeia Nova

An old pixelated photograph. I look through the eyes of the photographer, only now a 100 years later. On the left the ruins of a Moorish castle, on the right white chalk painted houses on a steep hill. You gaze at the old town with a mysterious, but dreamy, look on your face. You are caught, in a blink of a second, off guard. Unstaged, I catch a glimpse of your soul.

I stand in the morning sun under the shadow of the Church of Our Lady of the Daw. The religious building was erected after one of the most powerful and destructive natural disasters that hit Europe. An earthquake struck on the morning of 1st of November 1755, All Saints day, with a magnitude of 8.5. Contemporary reports state that it lasted for three and a half to six minutes. Many lives at the time were lost, homes and infrastructures were completely destroyed. Often referred to as the Lisbon Earthquake, one of the most important European cities at the time, it caused similar – if not greater – damage and casualties, in the Algarve.

The epicenter was located off the coast in the Atlantic Ocean, about 200 kilometers to the West-Southwest of the Cape St.Vincent in Sagres. In some locations the tsunami that followed in the aftermath of the earthquake caused a greater destruction than the earthquake itself. In the Southwest part of Algarve the waves reached a height between 10 and 15 meters and flooded an area greater than 250 meters inland. This is one of the explanations why few old settlements or cultures are found near the Vicentina coast line.

A PHOENIX RISING FROM ITS ASHES

Aljezur was left in ruins, and ports and fishermen villages near the coastline were swept away. The centuries old castle wall crumbled down like a sand castle, only the towers and cistern resisted and kept standing.

The Bishop of the Algarve ordered the building of a new church after the catastrophe to have a new beacon of hope for the Aljezurians and renewal of faith. The location was chosen on top of a hill in the lowlands beside the river, protected from the winter floodings. The intentions were good but the idea met considerable local resistance and the new town was only completed at the end of the 19th century. Although malaria and other diseases roamed the Aljezur streets, the Aljezurians – stubborn and proud – remained on the hills they had inhabited for over 8 centuries and slowly rebuilded their town. The Amoreira river became unnavigable because of the top soil, rocks and rumble that fell off the surrounding hills into the valley. Aljezur had been an important port since the Middle Ages but slowly started to lose its historic importance.

Aldeia Nova, coming from Arabic “aḍ-ḍayʿa”, ”Portuguese for new village, is the home to Aljezur’s most recent housing. As I sit at the church square, famous for the Saturday hang-outs after the market, my memories wander to the stories that linger through the cobblestone streets. This morning it is an excellent scenery for observing Portuguese ladies in nightdresses taking out their dogs, a square that slowly awakens under the drinkers of coffees and medronhos.

© Bram Hermans – 2022. No part of the story can be published or reproduced without permission of the author.